We've continued forward with numerous Inside the Greenhouse activities and events in 2015. Highlights include the successful launch of summer internship programs in Colorado, New Mexico and Arizona. Stay tuned for upcoming fall events, a revamped website (with a searchable database of student compositions), and other endeavors!

Conner Callahan, has been fulfilling an internship documenting the production Sol-Her Energ-He: A Climate Case of Sibling Rivalry - a new musical by Inside the Greenhouse co-founder, Beth Osnes, that features youth-led community engagement for resiliency planning. Conner - who graduated this May with a degree in Environmental Studies from CU - was a student in Creative Climate Communication in the Spring of 2015.

Conner traveled to the Navajo Nation this Spring Break with Osnes and several other CU students to pilot this production at Tuba City High School in Arizona on the Navajo Nation. He also participated in the mounting of this show on June 12, 2015 with Boulder youth in a partnership with two climate scientists at the National Center for Atmospheric Research on June 12, 2015. Conner was a spirited leader in our day-long residency at NCAR and shot footage of the evening show that night for a plenary session for the Conference on Communication and the Environment at CU.

A two-minute video of this experience by Conner is available here. He is currently working on a full-length version of the production. Conner will help lead bringing this show to life for the Boulder community Oct. 2, 2015 at SEEC at 7PM. 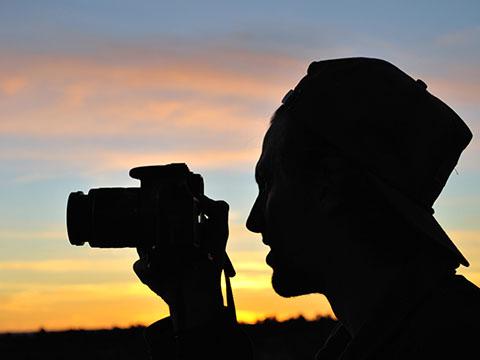 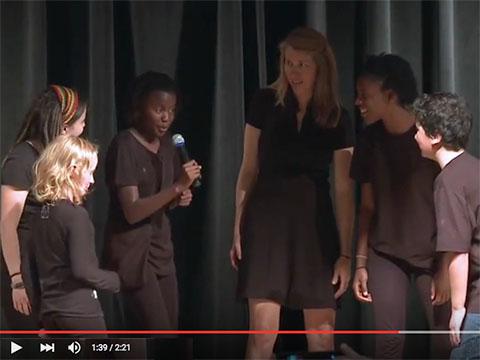 Screenshot of Sol Her Energ He The Musical.

Sara Berkowitz and Angela Earp were students in the the Film and Climate Change class in Fall 2014. Both are Ecology and Evolutionary Biology majors at CU. This summer, they worked on two sets of activities.

First, they worked closely with Inside the Greenhouse to archive over 300 student-created film projects from our two course series. Each of these films was carefully curated; this effort was essential for presenting them in an organized and informative way on our new website (coming soon in fall 2015).

Second, Angela and Sara traveled to Albuquerque, New Mexico to document the work of an exciting Native American muralist, Nani Chacon. (Nani was part of the Inside the Greenhouse fall 2014 event; along with Winona LaDuke, she presented 'Indigenous Women telling a new story about energy and climate' to a full house at the University Theater.)

Sara and Angela documented the installation of Chacon's mural from start to finish. Their work led to the creation of two short films. The first film documents Chacon's vision for her work. The second film focuses on the subject of the mural itself: an herbalist and healer whose portrait was painted on the mural. View also a short time lapse video of the mural. 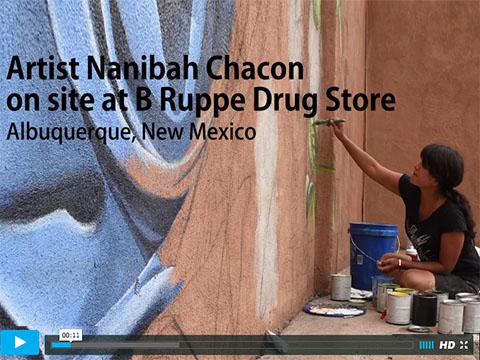 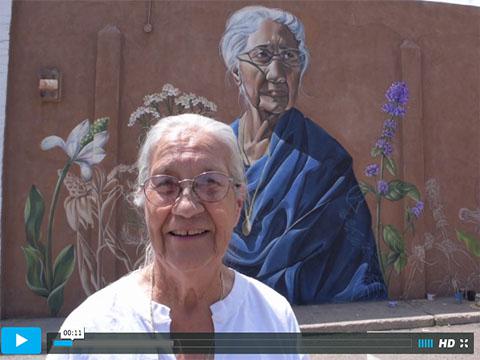 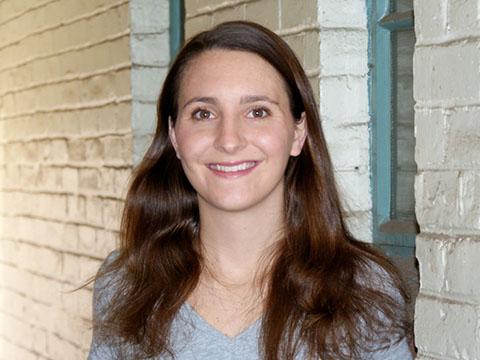 Clara Pena was a student in Dr. Rebecca Safran's Film and Climate Change class in 2011. Clara enrolled in the class on a whim, knowing she was interested in climate change and thinking that filmmaking sounded like fun.

In her final film for the class, "Shades of Grey," Clara considered the pros and cons of coal mining in rural Western Colorado. "Shades of Grey" won first place in the class film festival and was viewed at the Paonia Film Festival in 2012. A shorter version of the film, titled "The Day the Whistle Went Off" and dealing with the tragic deaths of five miners in a coal mine collapse, was selected for the Aspen Shortsfest in 2012.

While a student in the class and later as Dr. Safran's teaching assistant, Clara met Marda Kirn and Ryan Vachon, both guest lecturers. As a result of these contacts, Clara worked with Kirn, founder of EcoArts Connections, to present an art exhibit that was displayed at four venues - the National Center for Atmospheric Research, the University of Colorado Museum of Natural History, Manhattan Middle School, and emission testing booths in Boulder. The exhibit, created by Los Angeles artist Kim Abeles, explored the interconnectedness of humans and the natural world. Clara also worked with Vachon to create several episodes of "Doc Ryan," a pilot for science videos designed to be aired on Rocky Mountain PBS. Clara traveled with Vachon to coastal Washington state and Massachusetts to film episodes focusing on climate change, tidal currents, and the food chain.

Since graduating from CU, Clara has pursued her joint interests in filmmaking and ecology. She has created videos on varied topics, including "Time [to] Travel," exploring how it takes time for objects, sound, and light to travel from one place to another, which was selected for inclusion in the WGBH Innovation Math Challenge; "Mapping Civil Pleading," a video prepared in collaboration with law professors Scott Dodson and Colin Starger, which was published electronically in the Federal Courts Law Review; and numerous recruiting videos for CU's College of Engineering and Applied Science. Expanding her experience in films addressing environmental issues, Clara produced "A Letter to the BLM," a video opposing oil and gas development in Colorado's North Fork Valley, which was aired at the General Land Office Symposium in 2012. Most recently, Clara taught eighth grade science in Kirtland, New Mexico, where she worked with her students to prepare videos addressing alternative energy sources, which resulted in Clara's selection by the PBS Learning Media Digital Innovators Program as one of 30 PBS Lead Digital Innovators in the nation.

Today, Clara says she is "living the dream". She resides in Paonia, Colorado, a center for small organic farms where she is working to reestablish the family's apple orchard; works for ERO, an environmental consulting firm; and serves as a part-time rural postal delivery person.

This summer, Inside the Greenhouse was also highlighted as part of a CU Boulder focused episode of the PBS series Urban Conversion. The episode portrayed a number of the many exciting sustainability and environment initiatives underway across the CU Boulder campus: we at Inside the Greenhouse are thrilled to be a part of such a great community of scholars and practitioners. 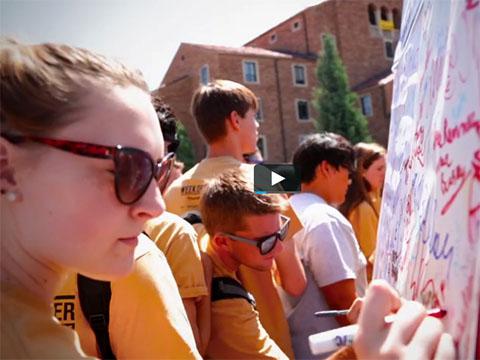 Screenshot of Urban Conversion - Green U with the University of Colorado.

And many congratulations to Beth Osnes, who earned tenure and promotion to Associate Professor in July!

Going forward, be sure to follow us and communicate with us via Twitter, Instagram and Facebook. Through these communications we'll be continuing to post and announce activities and events as we head into fall. Thanks in particular to Sara Berkowitz (Fall 2014 alum) and Josh Rollins (Spring 2012 Teaching Assistant) for their help in getting our new/social media buzzing along.