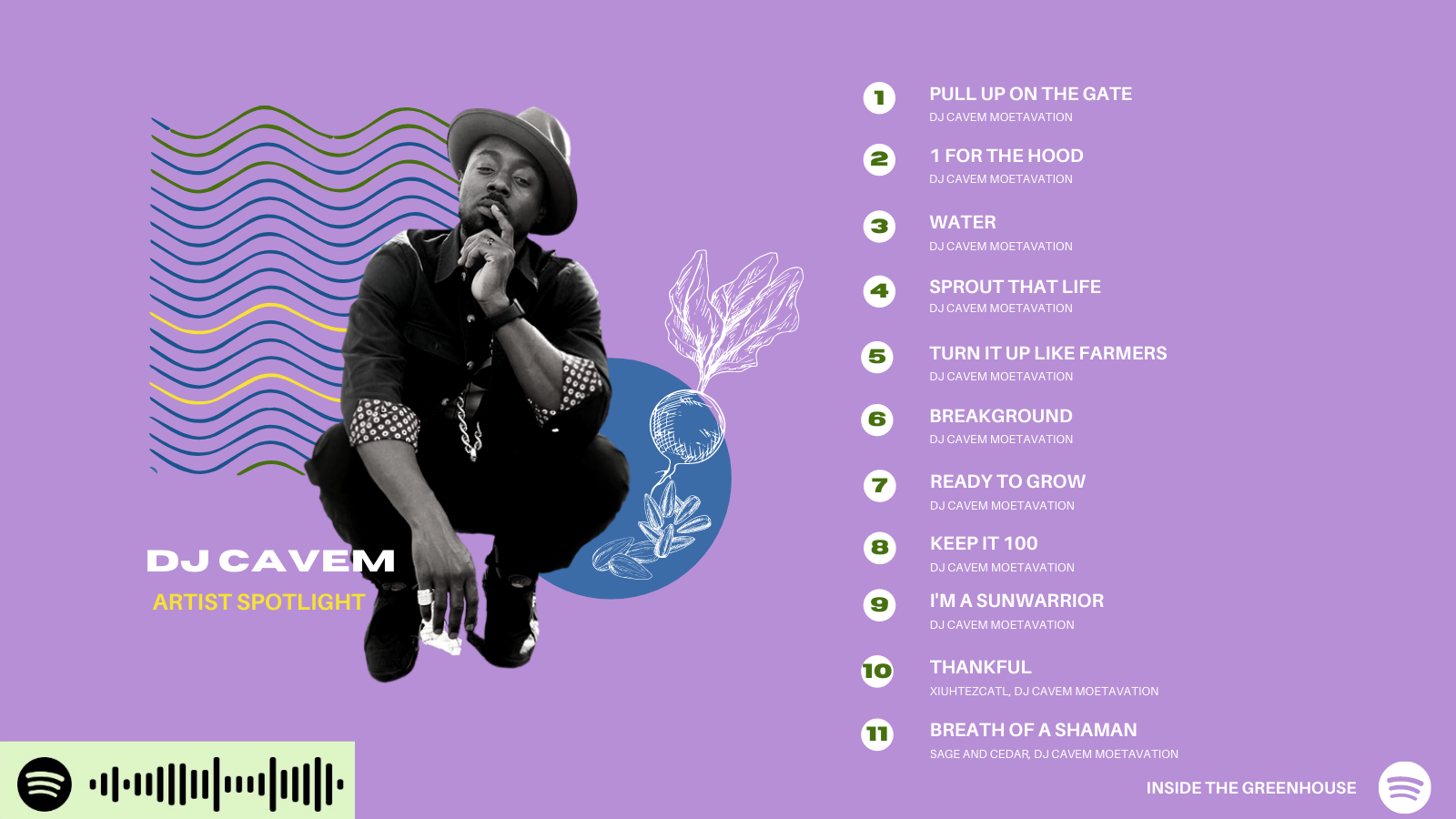 Dr. Ietef “DJ Cavem” Vita is the winner of our 2021 Creative Climate Communicator ITG Award for his work as a germinal eco-hip hop artist, as well as an inspirational activist, educator, influencer and vegan chef. You can see his ITG award announcement here.

DJ Cavem hails from our very own state of Colorado: a Denver native, whose work and passion as a creative communicator stretches far beyond the Front Range. He has performed at the Obama White House and been featured in Oprah Magazine and on the Rachael Ray Show.

We worked with DJ Cavem in September 2020, as we partnered with comedian Chuck Nice to launch Ten Thousand Teachers at Climate Week NYC. In addition to sharing his fly lyrics and mad flow, he talked about Plant Based Records, his record label, which provides with each album a pack of seeds with instructions to grow and practice carbon sequestration. As their Instagram bio states: “We make beats with beets.”

DJ Cavem himself has been vegan for 20 years, and he has a number of educational initiatives. With his wife, Arasia “Alkemia” Earth, he started the non-profit Vita Earth Foundation in 2018, which is  “focused on seeding and building urban farms to help combat climate change, food deserts, bring the community together and support Black and Indigenous farmers” (Denver Voyage).

There is so much more we could say about DJ Cavem’s bio and work, but it’s #MusicMay at ITG; so, let’s get to his music!

In 2019 Cavem dropped his album Biomimicz in 2019. This past Earth Day, he released the song and video for “Pull Up On the Gate.”


Listen to DJ Cavem’s music on Spotify or Apple Music

And check out our Artist Spotlight Playlist on the Inside the Greenhouse Spotify!