A new large-scale study from CU Boulder and colleagues provides first evidence that a gargantuan, inhospitable plateau in Asia maintains the species barriers of some birds​

In the middle of Asia, there is a vast, high-altitude desert that not only helped shape the evolution of barn swallows—and likely other birds, too—but continues to keep them distinct by altering migration paths, according to new research from the University of Colorado Boulder.

These new findings, published this week in the journal Ecology Letters, provide the most-convincing evidence yet for a long-held hypothesis that the Tibetan plateau is an important catalyst and maintainer of the vast diversity of birds found in Asia. It does this by being a barrier that keeps them separate, sending some migrating birds to Africa and others to south and southeast Asia.

“What we’re getting is a really consistent snapshot that different subspecies (of barn swallows), when they come together, are responding in the same way to a major geographic barrier,” said Rebecca Safran, an associate professor of ecology and evolutionary biology at the University of Colorado Boulder and a senior author on the paper.

“It suggests that there’s something universal about that place on planet Earth that at least different subspecies of barn swallows are responding to by migrating in different directions above it.”

The Tibetan plateau, which is also known in China as the Qinghai-Tibet Plateau, the Qing-Zang Plateau or the Himalayan Plateau, is the third least-populous place on earth—only surpassed by Antarctica and northern Greenland. Bordered by mountain ranges like the Himalayas and deserts like the Gobi, it’s a gigantic, inhospitable place for humans. For birds, it can be downright impassable.

For over a decade, it’s been hypothesized that because it’s so treacherous, it might be influencing bird migration and speciation—or the formation of new species—in Siberia and central Asia. Because it’s impassible, smaller birds just don’t. They go around to either south or southeast Asia or they go west towards the Middle East and Africa. 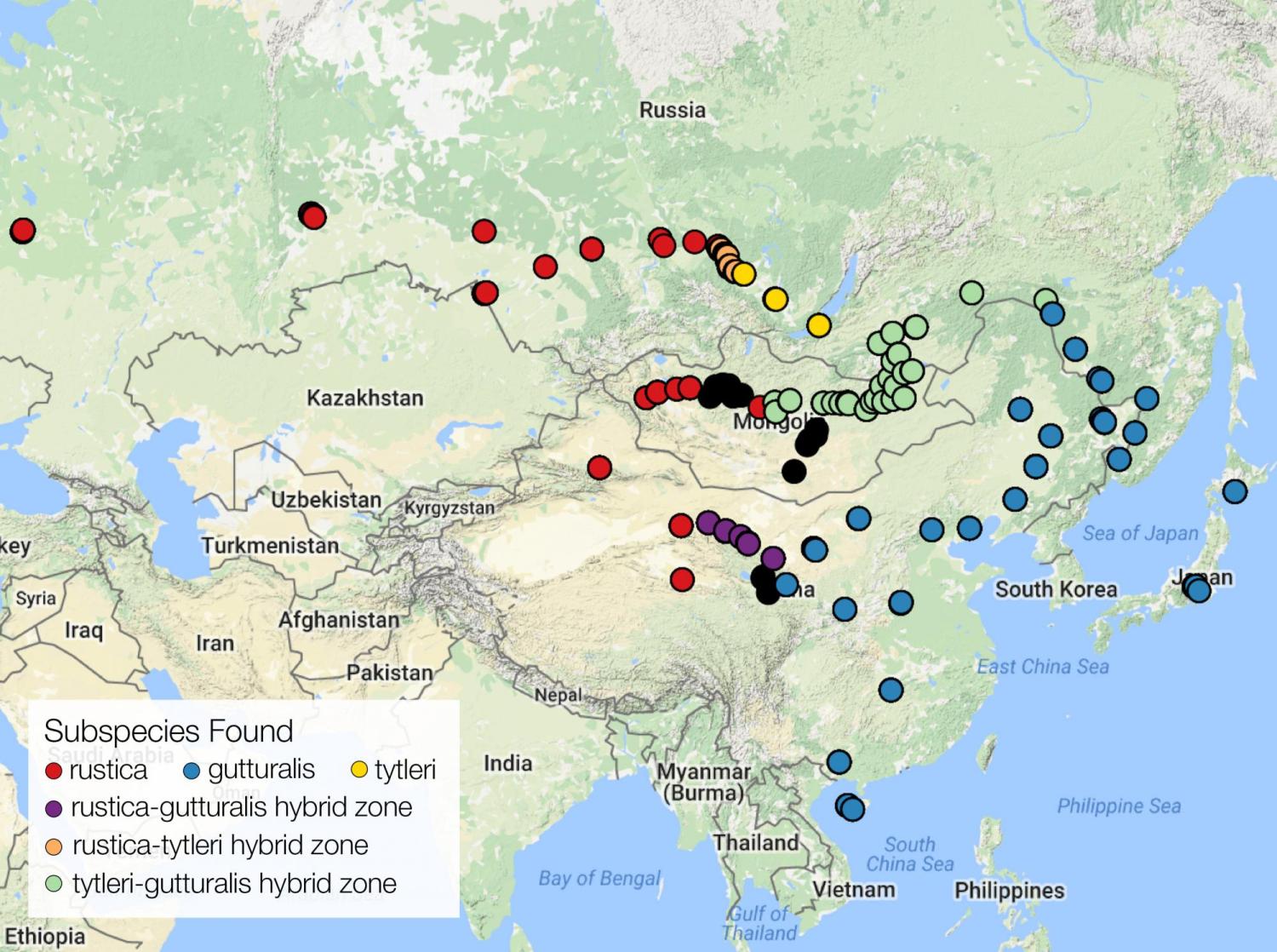 The researchers traveled across Asia three times between 2013 and 2015 to obtain samples from the different subspecies of barn swallows and their hybrids. Map courtesy of Liz Scordato. Top photograph by Georgy Semenov.

But that hypothesis hadn’t been clearly supported—until now.

Researchers from CU Boulder and institutions from across Asia, with the help of a National Science Foundation CAREER grant funded to Safran, initially went to Asia to look at whether geographic barriers like the Tibetan Plateau played any role in keeping subspecies, or different members of the same evolutionary family (species), genetically distinct.

To do that, they looked at a familiar species found nesting on human structures across the northern hemisphere: barn swallows.

These birds are a great species to study speciation, according to the researchers, because of their relatively recent divergence from one another that has created a vast amount of variation in characteristics like appearance or migration paths.

In Asia alone, there are three different subspecies, and so the researchers, led and organized by Liz Scordato, a former postdoctoral researcher at CU Boulder and the study’s lead author, set out to study where these species collided. They traveled to Asia three times during the summer between 2013 and 2015 and collected samples from 1,288 barn swallows across Siberia, China, Japan and Mongolia.

The samples—which included the color of feathers on the breast and throat of the bird, the length of the tail feathers, the carbon isotope value (an environmental signal that can make its way into cells) of tail feathers, and the length, pointedness and curvature of the wings—not only established which species they were handling, but also where they might have migrated that past winter.

What they found as they lined up the species maps and their subsequent hybrid zones is that, while they don’t have evidence that the birds actively avoid the Tibetan Plateau, it does appear to still keep them genetically distinct.

And they don’t think barn swallows are the only bird in which this might be the case.

“Barn swallows are really sort of the perfect test case, but we think that this is good evidence that this is sort of a general barrier that affects lots of different bird species,” said Scordato, who is now an assistant professor at Cal Poly Pomona.

Safran agreed. “This is not just a barn swallow story.” 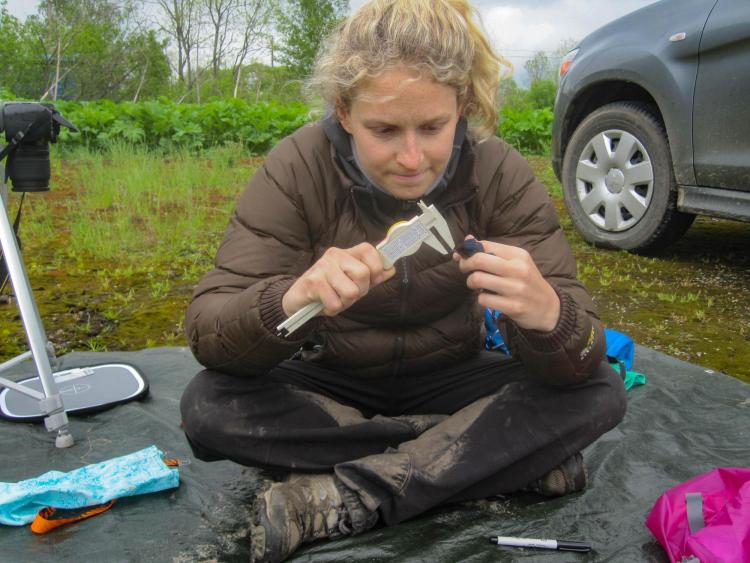 “We’re not out in the forest doing this work. We’re going from village to village and town to town looking for these birds,” said Scordato.

“What that meant was that we had to talk to people the whole way and explain to them who we were and what we were doing and ask if we could go into their houses and catch their birds, and so the project absolutely would not have been possible without really amazing, local collaborators.”